So far, we have addressed the Behavioral (Part 1) and Spirituality (Part 2) components.  Of the four components to recovery, the chemical impact is most often not addressed.

All too often, I talk to addicts who seem like they’ve done everything else right, but the strong urges keep coming, and for no apparent reason. Even though they have learned triggers and have set boundaries as we teach in our Restoring God’s Foundation program, the urge seems to come on without warning. And sometimes even more strongly than recognized triggers. 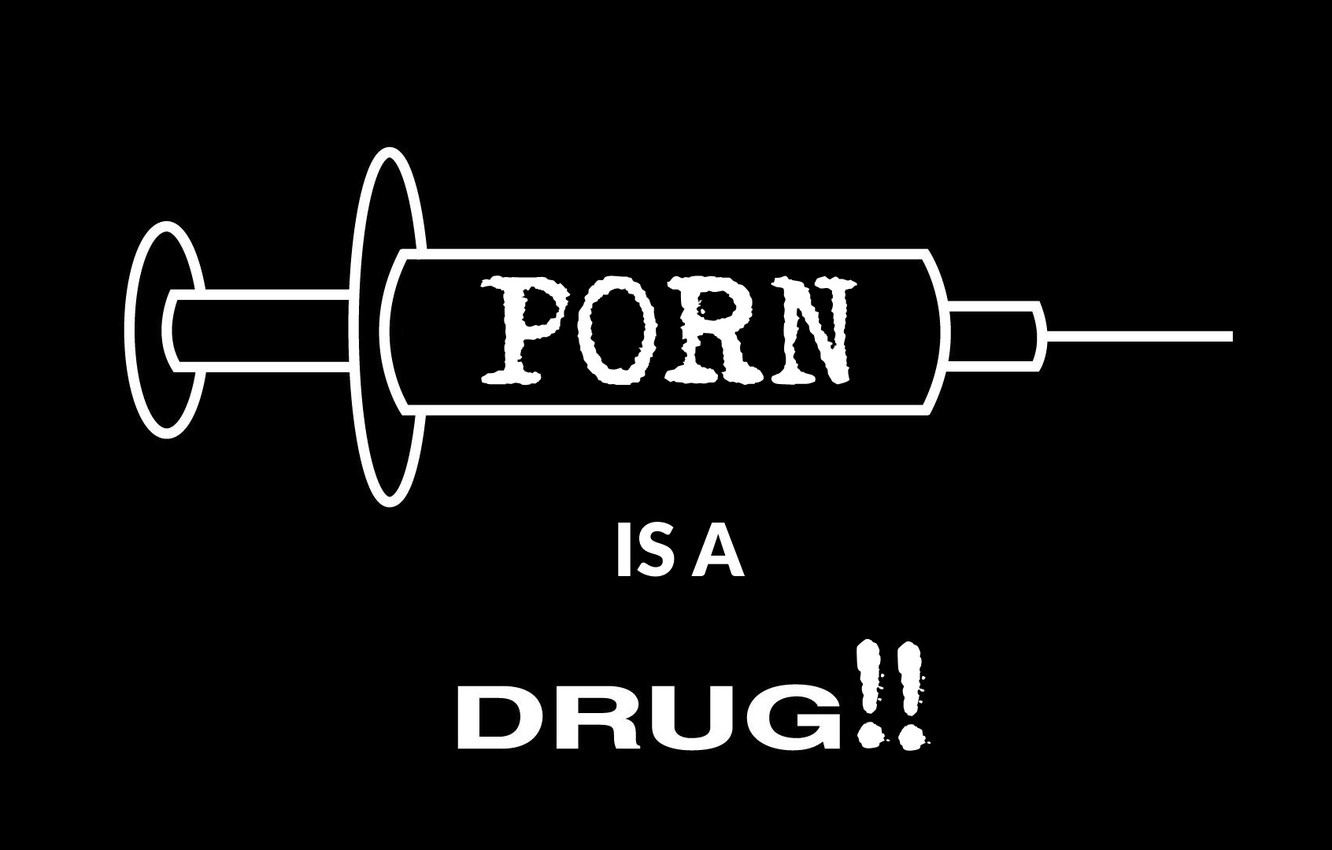 What I find interesting is this fact validates that sex is designed by God to further His creation. So much so, that he designed our brains in such a way that its function is to preserve and extend life AND to have a natural instinct to do so. Food is one of these natural instincts, but sex is the other.

Our bodies are designed neurologically and physiologically to crave and enjoy sex.

God wants us, in marital union, to have sex.

1 Corinthians 7:3-5 “The husband should give to his wife her conjugal rights, and likewise the wife to her husband.  For the wife does not have authority over her own body, but the husband does; likewise the husband does not have authority over his own body, but the wife does.  Do not deprive one another except perhaps by agreement for a set time, to devote yourselves to prayer, and then come together again, so that Satan may not tempt you because of your lack of self-control.”

We are chemically wired for sex.

Let’s take a look at how our brains are designed by God. Our brain is wired in such a way that it wants to remember where our natural drives are satisfied. Our brain is designed to keep us alive and to also sustain humanity. If the body is thirsty, the brain’s job is to remember in vivid detail where water can be found; this is accomplished in the reward center or the pleasure center of the brain.

There are several chemicals in the brain during sex, pleasure, and relational bonding.  Here are a few of them:

God created us as sexual beings with the desire to join with another person and expand God’s plan. We are “chemically” for communion, intimate connection, and union with God. This desire for bonding and emotional connection is an innate craving in our human design.

Our brains have mechanisms by which boundaries between self and other objects are observed. During sexual intercourse, especially at climax, the sympathetic and parasympathetic systems are simultaneously overloaded. The mind is overwhelmed by these two systems. The prefrontal cortex is also forced to operate at maximum capacity. Then the posterior superior parietal lobe is deprived of sensory input. This all results in the boundary mechanisms beginning to fail and the sensory perception of “self” and “other” begins to blur, resulting in the “two as one” sensation—essentially a “transcendence of self.”

This whole system that God designed creates a “bond” to your spouse. The repeated sexual experience with the same person (spouse) locks in the pleasure memory, along with the subsequent deep calm and peace sensation.

Porn’s perversion of our brains and God’s design

Overstimulating the brain in this way creates a situation where the dopamine receptors are supercharged or overloaded. When this happens, the brain begins to shut down—triggering the desire and a need for more stimulus in order to maintain the same dopamine levels. This supercharged state makes us feel good and the brain wants more of it. The problem is that with some of the dopamine receptors shutting down, it takes more and more to reach the same state of feeling “normal.”

In effect, our pleasure center is set to an unnatural elevated level. This also creates a situation where even other experiences in life that once delivered pleasure begin to feel subdued or don’t create the same feelings of pleasure they once did, leading to depression, isolation, and mood changes.

Add in the fact that during sexual activity the oxytocin hormone is also introduced for bonding, but the brain has difficulty bonding to an inanimate object or image on the screen. (Note: Oxytocin, in neurological circles, is also nicknamed the “cuddle drug” as it is instrumental in the relational bonding of two people during sex).

While the above paragraph is an excerpt lesson 15 from the Restoring God’s Foundation program, the summarization presented is rooted in dozens of scientific statements and studies, we list a few of them below:

“There are clear differences in brain activity between patients who have compulsive sexual behavior and healthy volunteers. These differences mirror those of drug addicts.” – Dr Valerie Voon (Dr. Valerie Voon is a global authority on addiction)

…”a sexual compulsion can cause physical, anatomic change in the brain, the hallmark of brain addiction”

Dr. Eric Nestler describes all addiction as a dysfunction of the mesolimbic reward centers of the brain. Addiction occurs when pleasure/reward pathways are hijacked by ……… by natural processes essential and inherent to survival such as food and sex.

The advancement nature of addiction

One of the natures of addictions is that they are progressive, especially sex addiction. As described above, the need for riskier and more frequent use of pornography to facilitate the increasing craving for dopamine is extremely common. Part of the satisfaction from the increased dopamine is facilitated by violent sexual behaviors.

Even if the addict doesn’t quite get to this point, another symptom that the need for dopamine has escalated to elevated levels is when typical events in life that used to bring pleasure are no longer desired. Often addicts will become more isolated and even depressed as they lose interest in their usual activities. Things like going out with friends, being with family, even going to movies simply are not enjoyable anymore.

The dopamine receptors are so shut down that these normal social events barely move the needle for enjoyment. If this is happening, it can be a telltale sign that in addition to the other components, addressing the chemical side of the addiction will be required.

The only real way to recover from the chemical addiction is to reset the dopamine sensors in the brain. This can only be done by abstinence. Fortunately, unlike getting off substance drugs like alcohol, cocaine, etc, you can introduce other sources of dopamine to help the adjustment. Many of these substitutes are actually part of the exit strategy design of recovery.

This is why doing things like exercise or taking a walk as well as other enjoyable activities like a hobby will help with porn addiction. Part of the behavior is simply a distraction, but these and other similar behaviors actually also serve to introduce a source of dopamine which also helps the ability to redirect focus. Additionally, part of why the idea of talking to an accountability partner helps is partly because the interaction with another person also boosts dopamine. Talking about oneself boosts it even more. Talking to your accountability partner accomplishes both. This is also why it is not recommended to just text or email a partner/sponsor but to have a real conversation.

Probably the most powerful tool is prayer. This actually, once again, involves God’s natural design. Prayer in fact, spikes dopamine. What’s more, in the event of spiritual ecstasy during prayer (which unfortunately is not up to us, but only up to God) where we may experience union with God, the dopamine is spiked to the level of an orgasm! During prayer, besides dopamine, oxytocin and serotonin are also released. This results in the relaxation and the  “feeling connected” experience during and after prayer and is amplified in the instance of spiritual ecstasy.

Remove all man-made substance abuse items like cocaine, heroin, etc. Sex and connection with God are the ONLY two natural ways to achieve this level of dopamine with other natural chemicals. I see that as absolutely no accident.

Without efforts to rewire neural pathways (and even then), physical withdrawal symptoms are likely. Common symptoms of withdrawal include increased anxiety and irritability, difficulty focusing – and, in advanced cases, increased heart rate and blood pressure, cold sweats, abdominal pain, insomnia, fatigue, headaches, nausea, depression,  gastrointestinal distress such as diarrhea or nausea and feelings of profound loss or abandonment.

Most often, when these symptoms come on, in 2-3 hours they will usually subside. During this time, the exit strategies are most helpful and this is often the “one-time” where “white-knuckling” may actually be helpful.

Another big help during recovery is reordering your spiritual life. I spoke about this in the last article on Spirituality. A key component of Restoring God’s Foundation helps facilitate this.

If you or someone you know is battling the scourge of sexual sin, pornography or other, I invite you to try for free, our unique recovery program – Restoring God’s Foundation.

If you would like to support the Road to Purity ministry or sponsor the cost of the program for someone, please donate today.