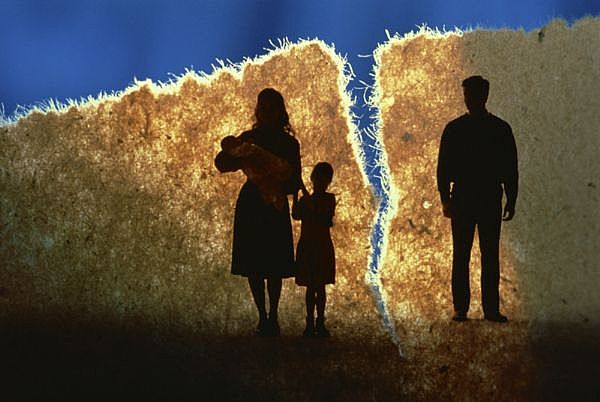 It is clear that the traditional idea of family is under attack. When I say traditional, I mean the original meaning from God. Our biblical roots of existence where man and woman in the sanctity of marriage are joined as one flesh [Genesis 2:24].

This union with God is the earthly, human image of the Holy Trinity. Three parts, one union, just as Jesus the Son, God the Father, and the Holy Spirit are 3 parts, one God as we know in our Catholic faith. St John Paul II was quoted as saying: “...man and woman are made to live in an intimate personal communion of self-giving love, mirroring the inner life of the Trinity”. And when man and woman take part in the marital covenant (sex), and when God wills it, they co-create life with God.

This IS the very definition of family. This is how God expands the universe and His kingdom. This foundation is the pillar of humanity as we know it and it is not only under attack but seemingly almost destroyed.

Look at the world today. Marriage, for example, is no longer as God designed. Marriage is no longer defined as one man and one woman. In, fact, by federal law, same sex marriage is legal in all 50 states! Even schools are banning students from using the words “mom” or “dad” and some universities are forcing students to use terms like “gestational parent” for a mother and “non-birthing parent” for the father.

This war is engineered by the enemy to destroy what God has created. To eliminate any evidence of God. In fact, this very societal shift was foretold by the Blessed Mother at Fatima. Lucia, one of the three children who witnessed the Marian apparitions at Fatima, because of these apparitions predicted that the final battle between Christ and Satan would be over marriage and family.

This is really a completely logical tactic by Satan. The pillar of the earthy mirror of the Trinity is the family.

The family is in God’s image. Thus removing any of the three trinitarian legs of the pillar, it collapses. In this, all-out blitz attack, all three legs are being destroyed.

Evidence of this battle can be sourced to the roots of sexual impurity. Pornography is one of the foundational poisons that is the catalyst of this movement. When chastity is contaminated, then Godly sexual design is abandoned. This leaves the flood gates open for pre-marital sex, homosexuality, transgenderism, gender dysphoria, gender non-binarism, same-sex marriage, and the list goes on.

So what can we do to reclaim the family’s role in society?

First and foremost, know that Christ has already won. His blood on the cross has really made all of this a moot point. However, the suffering on the way will weed out the true believers. But, do not be overcome with despair that we have lost, because it is absolutely not true.

As Catholics, we must adhere to the faith, the church teaching, and witness to the truth. We are called to be extraordinary catholic families, not just ordinary families. And in the battle against the lies that are infiltrating this world and the new normal, we should be ready to be called upon as martyrs. Not necessarily die for truth (although that is always a possibility), but to sacrifice for truth. Allow ourselves to be persecuted.

We must fight for our souls and for those of our families – pray, be educated on the battle against society. We must know our faith because this battle is also present within the church itself!

How do we restore the sanctity of the family?

Pray together, as a couple and as a family. Pray the rosary daily. Know your Catholic Faith. Practice giving of self. God created us to love and be loved. Giving of self is evidence of loving one another.

First in the family, then outside the family. Be Christ to your neighbor. Selflessness is the number one way to diffuse selfishness. You can probably see that the tendency of the world, now more than ever, is “everyone for themselves”. Invite a neighbor to dinner, always make a point of opening the door at the store for another person, buy the coffee for the person behind you at Starbucks, …. Well, you get the idea.

Simply express love to those around you. Trust me, you will make their day and maybe change their lives.

Here are a few suggested websites, youtube channels, etc that can help us keep informed on our faith and the times we are living in.

https://www.catholic.com  – the world’s largest database of answers about the beliefs and practices of the Catholic faith.

https://www.youtube.com/results?search_query=grace+force a YouTube channel about the supernatural power of God and those who know that the greatest need is to “stand strong against” (spiritual warfare) the spiritual forces of evil in the heavenly realm.

And Please Help us continue serving those on the path of healing – Support Road to Purity in our efforts to create awareness of these topics and to heal those who are addicted.