by Dann Aungst – Road to Purity 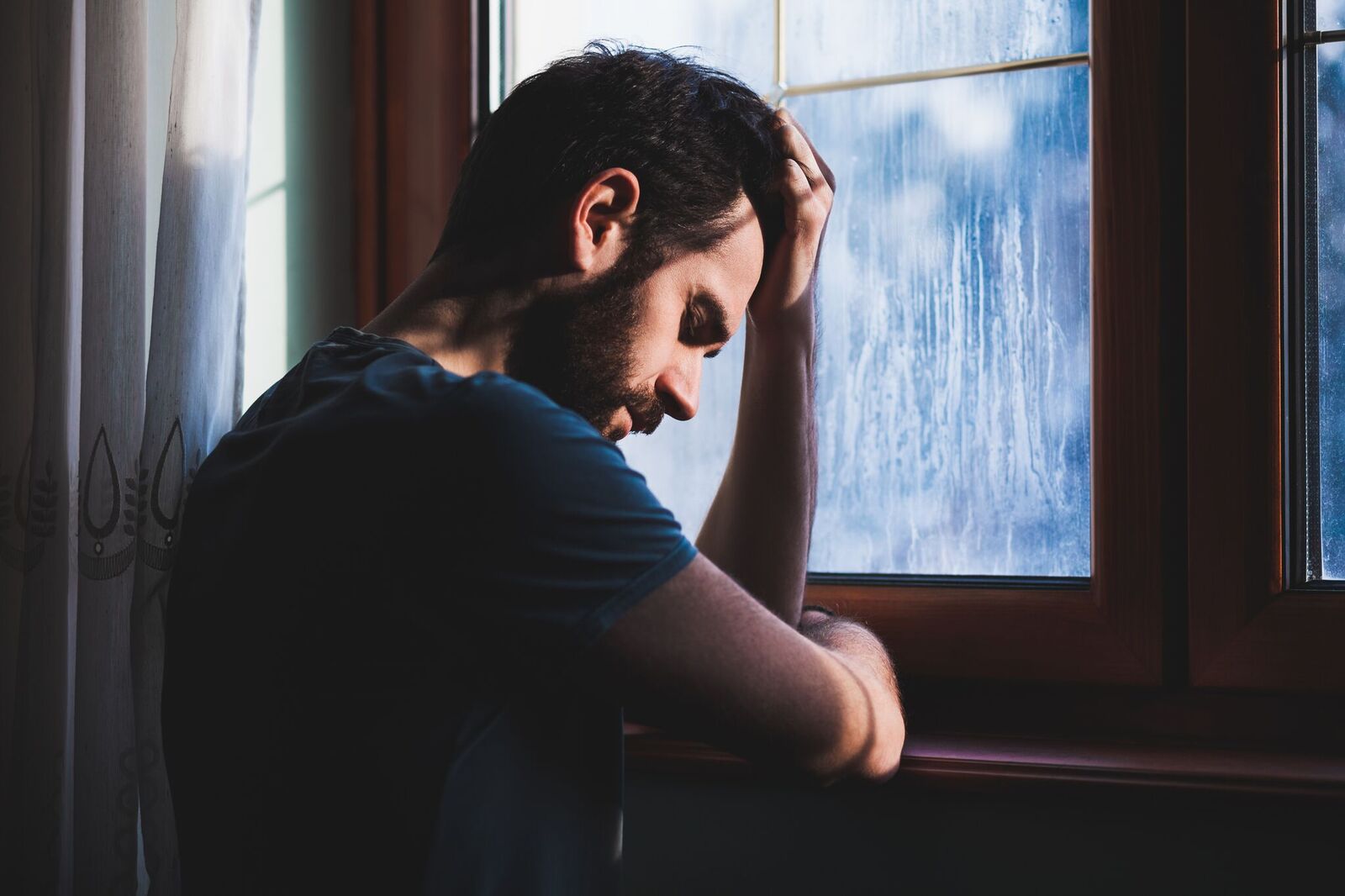 While some form of pornography has been around since the beginning of time, any significant change didn’t happen until the introduction of Playboy magazine in 1953 and shortly followed by the sexual revolution in the 1960’s.  A short few decades later with the internet and connection speeds that allowed streaming video, porn sites began to quickly pop up. One of the biggest ones even hit over 1 million viewers per day within seven months of its launch. This same site now sees an average of 120-150 million visitors each and every day. No product in history has ever reached this kind of popularity in any amount of time.

How did this happen and why?

Sex is designed by God (yes, I brought religion into it, but that’s the foundation of our existence whether you agree or not) to be between two people of the opposite sex for the purpose of bonding and babies. To encourage both of these realities, sex is designed to be intensely pleasurable.  However, sex between two people is intended to be private and intimate. Making this special act available to be witnessed by a third party is an offence against chastity and perverts the conjugal act or the intimate giving of spouses to each other.

You already know the religious argument, so I won’t bore you with that.

1. Addictive. When a sexual act is engaged in, the brain releases dopamine (among many others) which stimulates the pleasure center of the brain. This makes sex enjoyable with your spouse and creates a desire to continue, often creating babies and expanding mankind. Porn however, overstimulates the brain thus causing it to release too much dopamine.  This, while intensely enjoyable, causes receptors in the brain to shut down due to being overloaded. The result, you need more of the stimulus, more frequently and more intense experience to achieve the same initial experience. The brain begins to crave this experience – like a hard drug. Hence addiction.

5. ADHD symptoms. The average time spent looking at a porn scene is 18 seconds. Then the user is bored and moves on to the next scene. This behavior trains the brain to constantly need everchanging stimulus. This inability to stay with one scene results in the need to constantly change activities. This need to change behavior patterns result from experiencing quick boredom, and creates an inability to focus on simple tasks for an extended period of time. Real life examples are revealed in adolescents who start having difficulty in school because they can’t pay attention, or with adults who have difficult at work for the same reason.

6. Reduced I.Q. The same consequences that created the ADHD symptoms and the difficulty in focus and concentration also reveal themselves in a reduced I.Q. Scattered or unfocused brains will test lower in I.Q. exams.

7. Aggressive or violent behavior tendencies. Because of the overloaded dopamine receptors, the need or craving for more frequent and more intense experiences, especially in the sexual arena can lead to the desire for violent stimulus. Most commonly these tendencies reveal them in sexual tastes but also can show up in general everyday behavior. Extreme cases are revealed in the growth of sexual violence behaviors. New aggressive sexual tendencies will commonly show up in the bedroom.

8. Relationship troubles. Recall earlier the statement of sex is for bonding and babies. When we look at porn, our brains are unable to bond to the screen or inanimate object we are looking at for sexual arousal. This is another one of those “what happens when you use something as it is not intended” scenarios. Fact is, when we consistently have sexual arousal and orgasms without a real person, we begin to train our brain to see people as inanimate objects. Especially our spouses. Trust me, women can tell if you are connecting with them or are using them as an object in the bedroom. In general, we begin to have difficulty connecting to other people because our brains see them as objects, not people.

Can all of this be fixed?

Yes. For complete and lasting recovery, a person must address four areas of the addiction. Behavioral, Spiritual, Emotional and Chemical. Addressing these areas is beyond the scope of this article but excellent resources for addressing and healing an addiction can be found at www.RoadToPurity.com. 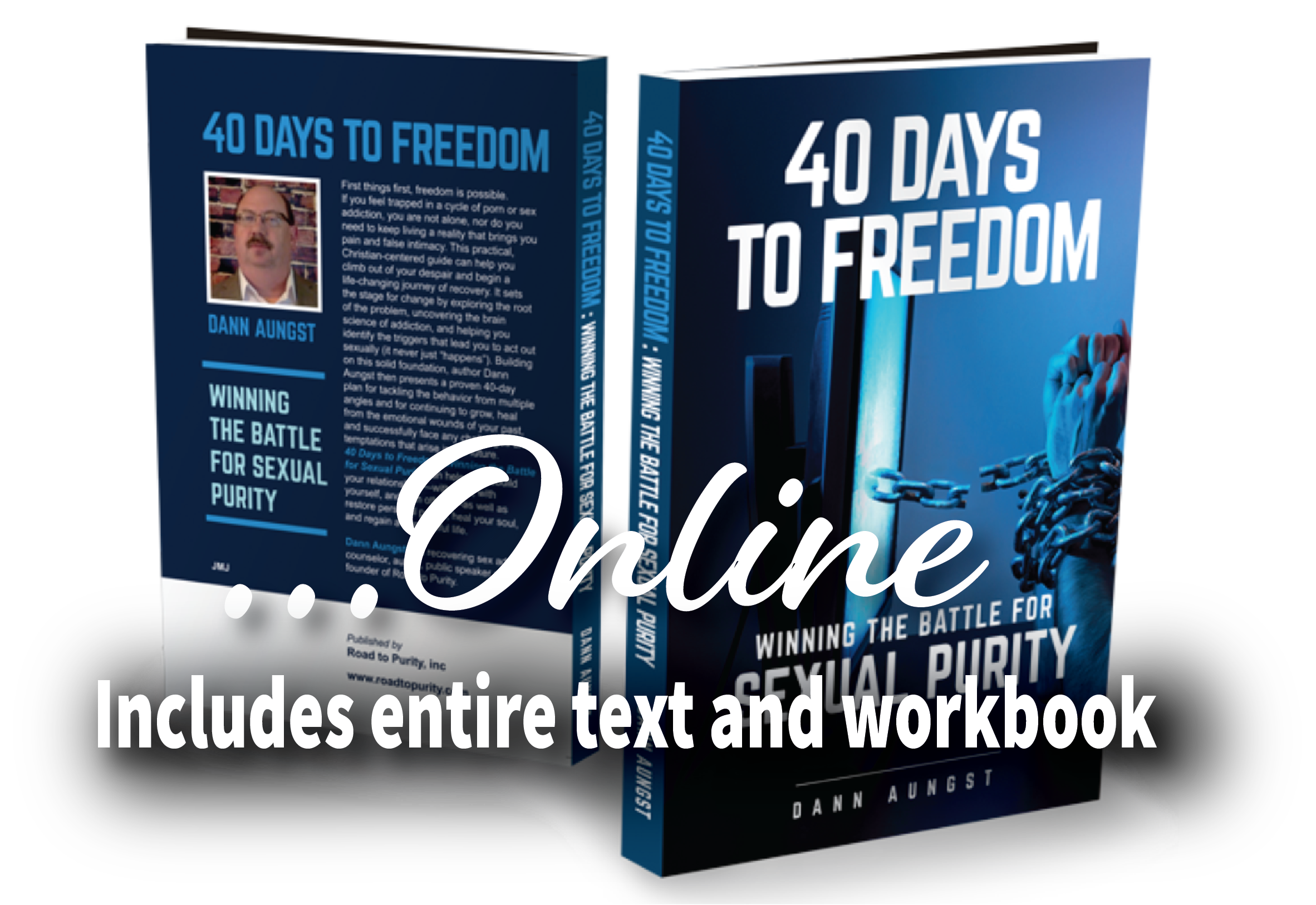 One free program that is offered by Road to Purity is 40 Days to Freedom – Online. If you use access code ‘RTP403‘ at https://40days.roadtopurity.com and click ‘sign up’, the usual $50 fee will be waived.